International Society on Thrombosis and Haemostasis

“The ISTH was very pleased to work with Tech Image and was impressed by their hands-on approach to listening to our needs for ISTH 2015 and working with our marketing team to surpass all expectations regarding attendance, media activities and touchpoints with reporters. Tech Image was an extension of our staff on the ground and helped to establish our Congress media program for years to come. We look forward to working with Tech Image again in the future!”

The International Society on Thrombosis and Haemostasis (ISTH) acknowledged the need to generate media interest and attendance at its biennial congress, ISTH 2015, in Toronto, Ontario. With the goal of building awareness of the meeting, the Society also sought to garner visibility of key congress events, its annual awareness day, World Thrombosis Day, and notable publications by the president of ISTH 2015 and other Society leadership during the course of the congress. To do so, the ISTH wanted to increase the number of registered media in attendance, hold a well-attended press event and staff a fully functioning media room for onsite reporters.

Founded in 1969, the ISTH is the leading worldwide not-for-profit organization dedicated to advancing the understanding, prevention, diagnosis and treatment of thrombotic and bleeding disorders. The ISTH is an international membership organization with nearly 4,000 clinicians, researchers and educators working together to improve the lives of patients in more than 94 countries around the world. Among its highly regarded activities and initiatives are education and standardization programs, research activities, meetings and conferences, peer-reviewed publications and expert committees.

In 2015, Toronto played host to the nearly 8,000 attendees from more than 100 countries who participated in the ISTH 2015 Congress. It was also the first meeting in its history that featured a formal media relations strategy.

Issue news releases, pitches and followed up with reporters.

A full-scope media strategy was implemented leading up to the Congress and continued onsite, With the support of ISTH leadership, especially the Congress President, all aspects of the media program were successful, including:

Tech Image significantly raised the bar and excited leadership on media activities on behalf of the Society. In addition to distributing two press releases across the wire and to target media, Tech Image accomplished the following:

“In Management of Bleeding Disorders”
– The Hamiltonian 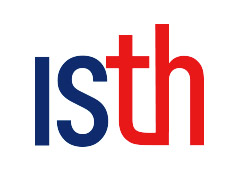 The mission of the International Society on Thrombosis and Haemostasis (ISTH) is to advance the understanding, prevention, diagnosis and treatment of thrombotic and bleeding disorders.

We are dedicated to transformative scientific discoveries and clinical practices, the development of young professionals and the education of physicians, scientists and allied health professionals wherever they may live.

Looking for a Digital PR Company?